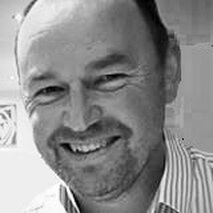 Teaching AT since 1998
Member of The Society of Teachers of The Alexander Technique
Lecturer, The University of Northampton - BA (Hons) Acting Course
​UK Athletics Coach
Read what my clients say here...

Since 1998, I've taught the Alexander Technique to all sorts of people from performing arts, sports, business and the general public. Whether it's for musculo-skeletal conditions, performance anxiety, repetitive sports injuries, or just plain curiosity, the majority of my pupils have seen dramatic improvements once they've learned to apply the skills I teach.

I've written two books on performance and The Alexander Technique (see here), plus designed many courses and workshops for actors, singers, musicians, athletes, golfers and many other sports.

If you'd like to find out how The Alexander Technique could benefit you, please contact me today to discuss your requirements. I teach at clinics in Bedford, Godmanchester, Northampton and Olney - for details of venues, please click here.

My Experience with AT

I had my first Alexander Technique lesson in 1993 and can honestly say it changed my life (and my career!) I'd suffered for a number of years from neck, back and shoulder pain and whilst I got some relief from physiotherapy, osteopathy and chiropractic (yes I tried them all), it was only temporary. I was about to accept that it was something I was going to have to put up with, when I read an article in a newspaper about Alexander. Curious, I contacted a teacher and had little idea of how much an impact it would have.

In my first Alexander lesson I realised why I'd been suffering all my aches and pains - it was a problem that had started many years before.

So if you have time, the long version is below, if not.

I first became interested in sport at an early age and soon began to enjoy competitive team games such as football and cricket. In my teens I represented my school at county level competing in 100m, ,200m and long jump. On leaving school I started karate and continued running.

One of my ambitions in my late teens was to run a marathon, and for many months my life revolved around achieving it, to the extent of overlooking one vital aspect that seemed so obvious with hindsight. I followed a strict diet and training timetable but made one big mistake - I didn't give a moment's though about how I ran because, in common with most people, I assumed I knew how to run.

Each day on returning from work I would put on my running kit, warm-up and head off for my run with my brother. After glandular fever stopped me in my tracks for ten months, I eventually achieved my ambition and completed the Birmingham marathon in 1984. But at a cost. I aggravating a condition that would frustrate me for the next few years. ​

The Handsworth (Birmingham) Half-Marathon - 1983
The photo on the right shows me at the tender age of 19 running with poor technique. Although I was very fit, I didn't know how to use my body efficiently. My wife now says that I'm thinner on top and wider around the middle :0)

Shortly after the marathon I began to experience back pain whilst running which became gradually worse until I felt some level of discomfort in most of my activities.

At the time I blamed running so I gave it up and moved onto martial arts to satisfy my need for physical activity and competitive sport. For a while this seemed to help but as I progressed in karate I began to experience difficulties again.

The decision to change sport turned out to be misguided because it wasn't the running, but how I ran. This problem was waiting to happen and existed before I began training. The build up to the marathon accelerated the condition due to more vigorous activity, changing my sport was not going to solve this problem as this time it was how I applied myself to karate.

For my back pain I received treatment from an osteopath on a weekly basis for about six months. The benefits would last for several days before the aches and pains returned. I went on to consult a physiotherapist and chiropractor with much the same result.

Thanks to the treatment I received from these therapists I gained a welcome relief from my symptoms but the cause of my problem was a little closer to home - it was me! As soon as I left the treatment room I began to undo the results achieved by the therapist as I resorted to my usual harmful habits!

After a number of years of this cycle I had reached the point of being prepared to try anything and this is how I came to hear about The Alexander Technique. I read an article in a newspaper and was intrigued by what it had to say.

I found a teacher in my area, Katarina Diss, and booked a course of lessons. Soon after starting I began to appreciate the different approach required to address my predicament: instead of complaining of my back hurting me I began to ask 'what am I doing with myself to cause this pain?'

Later, I came to realise that the back pain itself was just a symptom of a more fundamental problem - I'd lost the ability of natural movement partly due to, paradoxically, my preoccupation with exercise and sport. Whilst I had thrown myself into every new sport with enthusiasm and vigour I hadn't considered whether I knew how to 'use' my body well enough to be able to do this.

Taking up a new sport put additional stress onto my body as I continued to use myself badly whilst attempting different or more complex techniques. An added complication was that the more I used myself in this way, the worse my condition became, as my movement deteriorated through repetition of poorly executed moves.

Each training session helped only to consolidate the habits that were at the route of the problem and in turn corrupt my 'body map', an area in the sensory cortex of the brain that receives signals from sensors in the skin. This body map is the basis for all movement so once it becomes inaccurate, movements will also become suspect, further corrupting the body map - catch 22!

In short I became better at moving badly and was totally oblivious to the degradation until the pain began.

Through Alexander lessons I began to unlearn bad habits and eventually returned to running and started again. However, it wasn't as easy I had hoped, as I soon discovered that habits associated with running were well established and weren't going to give up without a fight.

After several failed attempts to get back to distance running, I met Malcolm Balk, Canadian running coach, Alexander Teacher and author of The Art of Running. He was able to show me how not to run and allow a much freer action that changed my whole concept of 'physical' activity. With hindsight I could appreciate the problems I experienced when running was down to my technique.

Later still, I realised my poor technique was linked to my concept of running, which in turn was due to my attitude.

In 1995 I enrolled for a three-year, full-time Alexander teacher training course in Aylesbury with Ray Evans and Ron Colyer. I qualified in 1998 and have continued to experiment with The Alexander Technique and movement and found just how much can be achieved by first learning how to do less and not more!

If you'd like to have a similar experience to me, contact me and try it for yourself. You can see what my clients think of me here.